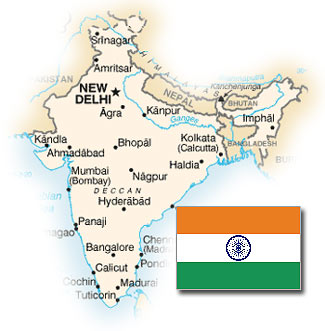 A pastor and his family in north-east India had a narrow escape when Christian villagers managed to head off a violent attack by extremists.

The mob brandishing swords, bricks and rods were minutes away from reaching the family after smashing their way into their home in Bihar state and threatening to kill them.

Pastor Palathingal Johnson called for help using his mobile phone and a crowd of about 50 Christians in the Rajasan area of Vaishali district responded immediately. The mob realised they were outnumbered and fled. The pastor had earlier called the police but could not get through.

Please pray that God will comfort and protect Pastor Palathingal, his wife and their four children.

The attackers, of whom there were between ten and 15, shouted Hindu slogans as they smashed windows and broke in through the roof. The family barricaded themselves into one room: the children hid under the bed and their parents braced themselves against the door as the mob tried to force it from the other side.

‘That moment I could see death face to face,’ says Pastor Palathingal. ‘A delay of two more minutes would have cost us our lives. We constantly kept on chanting, “There is victory in the blood of Christ.”’

Praise God for the way He delivered Pastor Palathingal and his family, that He is their ‘hiding place’ and surrounds them ‘with songs of deliverance’ (Psalm 32:7).Thank God that perfect love drives away fear (1 John 4:18); pray that this family and other Christians in the village will stand firm in their faith.Pray that the local police will take firm action and arrest the attackers.

We’re delighted to report the release of our Iranian brother Ebrahim Firouzi. He left prison in Karaj on October 26, after more than six years in jail. However, he is about to embark on two years’ internal exile in Sarbaz, on Iran’s border with Pakistan, although he has been allowed a temporary release to sort out some personal affairs. Originally sentenced to one year for his Christian activity, Ebrahim was then retried and given a five-year sentence for charges including ‘actions against national security’. Pray that God will give him stamina and a steadfast spirit as he prepares for Sarbaz.

Praise God for the release of our Christian brother in China, Gou Zhongcan, who is affiliated with the Early Rain Covenant Church in Chengdu, Sichuan. He has spent seven months in custody. Gou, who had refused to give the authorities the passwords to his computer and mobile phone, has now been sent back to his hometown, Bazhong, in the same province. Our partner China Aid says Gou has already spent ten years in prison for his human rights work. Continue to pray for Early Rain Church members Pastor Wang Yi, Qin Defu and Ge Yingfeng who remain behind bars.

Please forward this to Christian friends so that they can pray and act too.