Voice of the Martyrs petition for release from prison, and release of info on Pastor Raymond Koh.

Earlier this year I flew to Southeast Asia to interview Susanna Koh, whose husband, Pastor Raymond Koh, was abducted off the streets of Malaysia on Feb. 13, 2017. 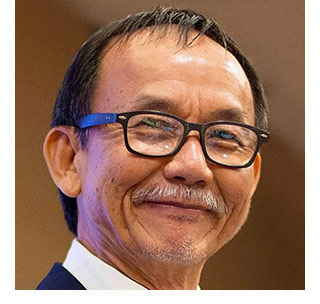 Before sitting down with Susanna, I watched a disturbing video of her husband’s abduction that was recorded by nearby security cameras. The entire crime, involving at least 13 men and five vehicles, took less than 40 seconds; these men were not amateurs. No one has seen Pastor Raymond since the abduction, and his car has never been found.

Susanna cried as she described the pain of not knowing where her husband is or what has happened to him. And while her suffering was evident, something else stood out even more to me — her unshakable faith in Christ.

As our conversation continued, she told me how God had faithfully sustained her family in the long months since her husband’s abduction and how God had convicted her to forgive and even love his kidnappers. She also told me about seeing a deepening in Pastor Raymond’s faith in the weeks prior to his abduction and how she believes God had been preparing him for this trial.

When I returned home, I wanted every American Christian to hear Susanna’s story. I hoped thousands would pray for Pastor Raymond’s safe return and that God would bless and sustain Susanna and their children.

After we broadcast her story on VOM Radio, gracious listeners around the world took the time to send cards and letters of encouragement to Susanna and her family. Others from VOM have also met with and encouraged them, and we recorded a follow-up VOM Radio interview with Susanna. I knew that prayer was the most significant way we could help, but I still longed for a way to shine a more public light on Pastor Raymond’s case.

Malaysia’s Human Rights Commission released a report earlier this year implicating the “Special Branch” of the national police in his abduction, but no one has been charged in connection with the crime. And I strongly believe the Malaysian government should be held accountable for providing information on the pastor’s whereabouts and condition, especially if the country’s police were involved.

Now there’s a way for you to join this effort and shine a light on his case. I urge you to visit ReleaseRaymond.com and sign a petition calling for Pastor Raymond’s release and for the disclosure of all information the government has about his abduction. The petition will be delivered by VOM to Malaysia’s embassy in Washington, D.C.

I pray that a growing chorus of voices from around the world will lead to Pastor Raymond’s freedom and to a full explanation for his abduction. The criminals should be brought to justice, even if they wear police uniforms. And I hope that Susanna and her family will be encouraged by knowing that members of Christ’s body around the world are standing with them.

Please sign the petition at ReleaseRaymond.com right now. Then, share this email with at least one Christian friend who will join us in signing the petition calling for the pastor’s release.

I pray that God will use our voices in a way that leads to Pastor Raymond’s freedom and safe return to Susanna and their children.