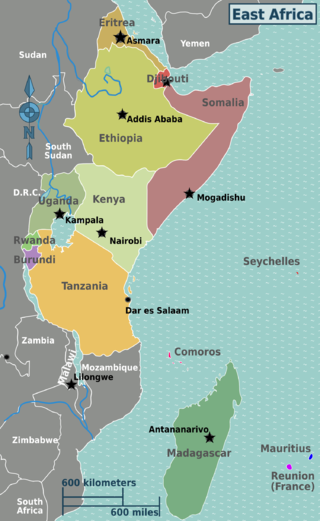 Pastor ‘Jabir’ (not his real name) and his family, whom we met on a recent trip to East Africa, narrowly escaped when his wife was followed home by an extremist.

They have had to move home many times as a result of Jabir’s conversion to Christianity and the threat to their safety. When he converted, his former wife and children were taken away and he was prohibited from seeing his older child. He remarried and now has two young children but the family are constantly on the move and it is taking its toll on his wife especially; she wakes up at night at the slightest sound. Thankfully, however, there are police stationed locally.

Jabir now leads a small home church of about 10 people in his living room as well as travelling to minister to other Christians.

Please pray that God will comfort his wife and fill her with hope. She told us that she would like to leave the country due to the constant threat and persecution.

Praise God for the deliverance of Pastor Jabir and his family. Thank God that their church at home is growing. Pray for the family’s protection. The pastor and his family have an income from a transportation business. Please pray that this income will sustain them.Pray that Jabir, his family and church will remain steadfast in their pursuit of God’s love and His presence.

UPDATE A court in India has ruled that five Christians detained for more than ten years over the murder of a Hindu extremist leader should be freed on bail. The five believers from Odisha (formerly Orissa) state were accused of killing Swami Laxmanananda Saraswati in August 2008, despite the fact that Maoists admitted responsibility for the death. Two other Christians were released on bail earlier this year. Christian leaders have long maintained that the Christians were framed. The murder sparked anti-Christian attacks that claimed 120 lives and displaced 55,000 believers. Pray that the seven Christians will be cleared when the case comes to the High Court in Odisha. (Source: Morning Star News)

!Please forward this to Christian friends so that they can pray and act too.